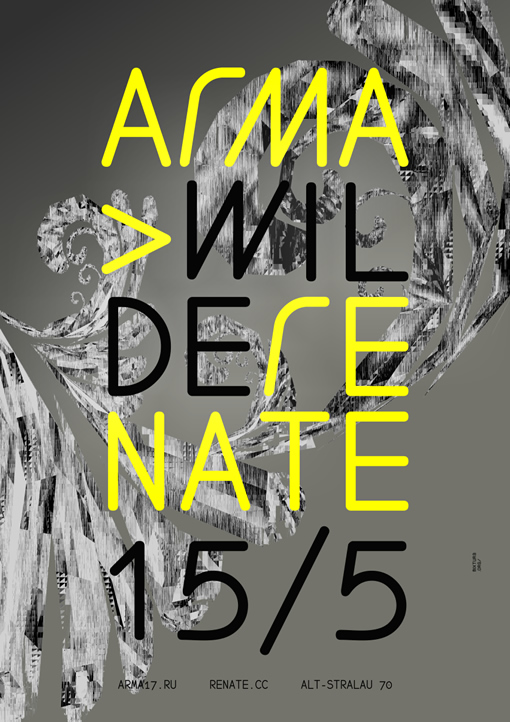 mixtura.org
Arma 8th Anniversary Tour 2016: Berlin
After putting an end to the two-day celebration of its 8th birthday at home, Arma is done with Moscow for a while... to continue the World Tour of its own, already having check marks next to many cities in the list: Barcelona, Bucharest, and Rome
Berlin is the one and only adventure for Arma in May so the club is up to something special. Four outstanding line-ups landing at Salon Zur wilden Renate on the 15th of May — with Shadowlust, Marie Davidson, Mick Wills, Jasss, Cabanne as headliners — might comply.

Roter Raum will see Arma's queen Abelle playing along with Phuong-Dan, Kieran Behan, Capablanca and Sill from Easy Changes. Also will be a secret guest for this room, whose name will not be announced until the party begins.