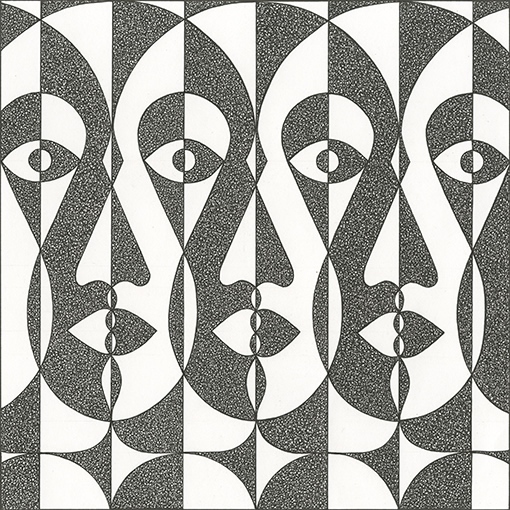 P. Kuznetsov
Arma 014
Following recent releases from Vakula, Alex Danilov and Andrey Zots, Arma turns its focus towards the unique, transcendental sound of Hypnobeat
The project has its roots in the DIY industrial scene of Frankfurt in the early ‘80s, spearheaded by Perlon affiliate James Dean Brown in collaboration with artists including Tobias Freund, Victor Sol and Pietro Insipido. Aside from a few underground cassette releases, the project was mainly a live venture made up of polyrhythmic workouts on an array of drum machines and effects units, long before the practice became so fashionable.

After many years in the wilderness, Hypnobeat received a shot in the arm thanks to the increased interest in obscure tapes from the early industrial period. Given her own modern explorations of raw drum machine science, Brown invited Helena Hauff to join him in performing Hypnobeat live with a setup that revolves around three 808s and an assortment of other rhythm boxes, a formidable arsenal of effects, and no preconceived plan.

As well as shows at Les Siestes Electroniques and CTM (where the duo shook the walls of Berghain), Brown and Hauff were invited to perform for the Save Festival at Arma17 in Moscow in March 2015. It is from this set that the material on Ritual Fire Dance is gathered, aptly titled as the interlocking percussive rumble takes on a cyclical, tribal quality as aligned with traditional music as it is with contemporary electronics.

The recording has been edited into two sections that adorn each side of the 12", peppered with enthusiastic approval from the crowd to affirm the intensity of the moment this incendiary music was performed live. As well as the widespread vinyl release there will be a limited cassette featuring the entire unedited performance, for those seeking the full hit of the trip. In coming full circle to the origins of Hypnobeat, the live recording was mastered by Tobias Freund at Non-Standard Studios.

For the technically minded out there, the kit list for the live performance at Save included one 707, three 808s, two 303s, the Alesis airFX, the EHX Deluxe Bass Big Miff Pi, the Strymon El Capistan dTape Echo and the Boss RE-20 Space Echo, all of which can be seen on the postcard that accompanies the vinyl release.